Ever stared at a blank page and wished you had the simple life of a cactus? Well, you’re not the only one. Probably. There could be several reasons for your sudden lack of enthusiasm regarding the written word, but they all have one thing in common. It’s all in your head. And easily cured. Okay, so two things in common. Maths has never been my strong suit. Below I’ve listed four kinds of writer’s block and how to cure them. After all, writer’s block doesn’t exist unless you let it.

The Curse of the Empty Well

This Curse occurs when you haven’t read in a while, or done anything else that could have otherwise inspired you. The easiest way to recognise it is to feel as if your head is empty. And in a way it is. The Well of Words can only be filled with a bucket of someone else’s words, and it doesn’t have to be in the genre you want to write. It is especially nice to find a novel that takes you by surprise (in a good way).

The Curse of Fear

Everybody experiences fear occasionally. There are some people who have it worse than others. And there are some who let that fear stop them. People who simply avoid their dreams, or people who outright sabotage them. Either way, you have the power. The only person who can stop you from writing is you. Think about that.
The best advice I have is to lose sight of the ‘big picture’. The pressure for success, and parallel to that: failure, is what makes the blank page so terrifying. Instead of staring at ‘Chapter One’, knowing you have a load of chapters to go, write snippets in a notebook. You could also use Scrivener and write per scene, or just open a new document each time you want to write a scene or chapter and copy paste in The File when you’re done. Get reliable and good beta-readers that actually give constructive feedback. Know that with every word, every sentence, you get better. You are improving. Don’t forget to have fun. I assume you write because you like it, so focus on that as your goal.

The Curse of the Unidentifiable Error

Perhaps you recognise this. You’ve started writing and things are moving along like a hungry cheetah. Then all of a sudden, you stop. When you want to think about the next scene, you hit a wall. Ouch. And why? This is usually the time that shiny new story ideas pop up, begging you to pick them and play with the characters. Usually you succumb. I get it. I’ve been there. However, there is always a reason why you’ve stopped writing. It’s your subconscious leaning back in a chair, sipping on a fancy drink, staring at you as if you’re an idiot. You’ve just made a mistake. You just don’t realise it yet. Go back, find the moment where you started to be unhappy with your story and fix it. In fact, I highly recommend that you stop and reread a chapter after you’ve written it. Evaluate it, think about it, sniff it. Make sure you like where the story is going. Then again, everyone has their own process, so do with this tip what you will.

The sound you make out of frustration because you’ve got so many story ideas you don’t know where to begin. I’ve never had this problem. I may have plenty of ideas, but I always ‘feel’ which novel is ripe to be written next. There’s nothing wrong with waiting until your subconscious has the puzzle pieces put together enough for you to write. What really helps here is to use a graphic organiser or make a list. I made one with the working titles and the word count, because some I’d already started. It really helped me keep an overview and also reminded me I still had ‘oldies’ to keep in mind before being whisked away by a new one. Regardless of what I chose to work on, I felt like it was my choice and I was in control. I guess this writer’s block is caused by the feeling of chaos. Get that overview and keep track of your WIPs and novel ideas. And start. That’s definitely the most important part of the cure. Start writing. 😉

Perhaps there are other reasons why you’ve stopped writing or why you can’t start your new novel. Figure out the reason and take steps to fix the problem. The main thing to remember is that writer’s block is ultimately caused by you. Which means that you can cure it.

Stay strong and have fun writing. 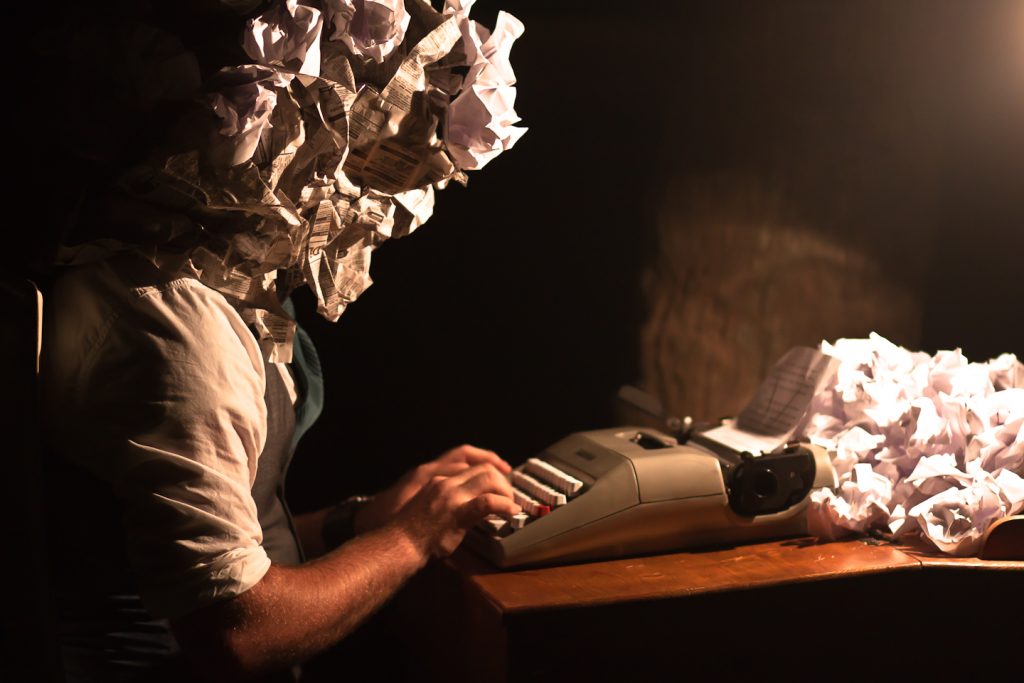