On Twitter, I often see writers complain that they didn’t reach their word count of the day, or just didn’t have the inspiration to write that week. This is understandable because we are only human, and we can’t be inspired every moment of the day.

However, we also don’t have to be.

It took me a while to figure out what worked for me; I’ve been writing for a while. Now I’ve settled on writing a chapter a day on four days of the week. I don’t have kids, so I’m taking advantage of the peace and quiet before that changes. Twice I’ve had issues with inspiration, and I just wasn’t feeling it. However, I wanted to cross of the next chapter (I use coloured markers, and it just makes me feel good about myself when I’ve reached my goal), so I stuck with it. I put my phone out of reach and started writing. It started with a sentence, and it didn’t matter if I had to think for a while on how to get started, but I simply forced myself to keep going and before I knew it, I had 700 words written. It was easy to keep going after that.

My point is, regardless of your personal goal, the key to reaching it is doing it. I think the main issue these days (with social media and other internet distractions) is that it’s so EASY to do something else. For me it’s usually the Sims that are beckoning me, but really it’s all in your mind. You have the power to sit and write. Change that mindset of ‘I can’t’ and switch it to ‘I can’.

It’s a myth to think that writers need to be inspired in order to write. There are certain things that can help you get into ‘the vibe’ of your novel, and I highly recommend planning your novel (Snowflake method!), but everybody has their own process, and that’s fine. If there is a day that you’re not feeling it, that’s also fine, but just know that you can still write despite that feeling. We are a lot more capable than we think, and if we really want something, we can make it happen. 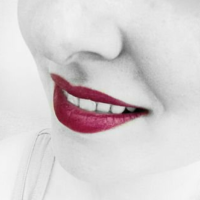